ANANT SUDARSHAN
The Impact of Domestic Travel Bans on COVID-19 is Nonlinear in Their Duration
(with Fiona Burlig and Garrison Schlauch)
​
Domestic mobility restrictions to control the spread of COVID-19 are widespread in developing countries, and have trapped millions of migrant workers in hotspot cities. In this paper we show that bans can increase cumulative infections relative to a counterfactual sans restrictions. A SEIR model shows bans’ impacts are nonlinear in duration. We empirically test this hypothesis using a natural experiment in India as well as data from China, Indonesia, the Philippines, South Africa, and Kenya. Although very short and long restrictions limit the spread of disease, moderately lengthy restrictions substantially increase infections. This underscores the importance of considering duration in mobility-restricting policy decisions in developing countries. 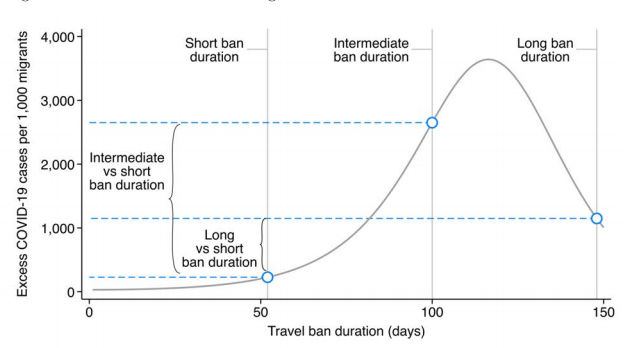 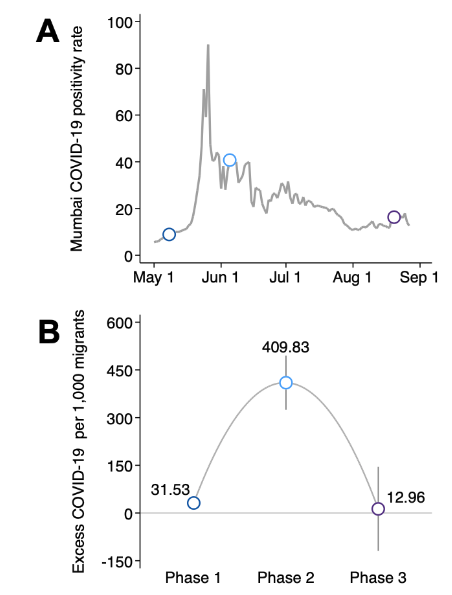 NBER Working Paper: The Impact of Domestic Travel Bans on COVID-19 is Nonlinear in Duration

​Recent Press Coverage: Compilation
The Social Costs of Keystone Species Collapse: Evidence From The Decline of Vultures in India
(with Eyal Frank)
​​
Losses of keystone species that affect environmental quality through their ecosystem interactions can have large effects on social costs. However, crucial parameters for the management of their preservation are often not available. Determining an optimal recovery strategy requires knowing the benefits lost in their absence, defensive expenditures linked to their loss, as well as the direct rehabilitation costs. We study the above in the setting of vultures that serve a major public health role by preventing the spread of infectious diseases. Vulture populations fell in the Indian subcontinent due to the presence of a chemical residue in livestock carrion. The use of the chemical painkiller in livestock animals became widespread after its patent expired and generic versions of the drug made it widely accessible for veterinary uses. Using distribution range maps for the affected vulture species, we compare districts before and after the collapse in vulture populations. We estimate all-cause death rates increased, on average, by over three percent in the highly-vulture-suitable districts after vultures nearly went extinct.​ 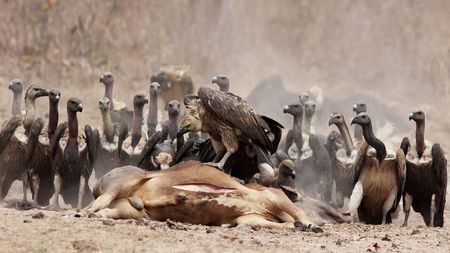 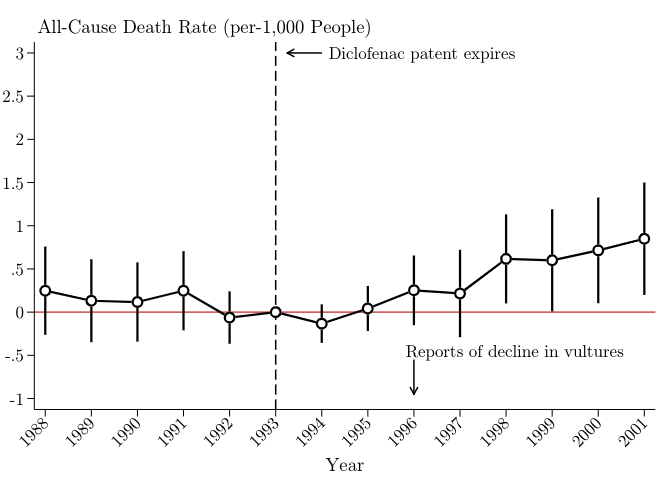 How can economic schemes curtail the increasing sex ratio at birth in China
(with Debarun Bhattacharya, Shripad Tuljapurkar and Marcus Feldman)
​
​Fertility decline, driven by the one-child policy, and son preference have contributed to an alarming difference in the number of live male and female births in China. We present a quantitative model where people choose to sex-select because they perceive that married sons are more valuable than married daughters. Due to the predominant patrilocal kinship system in China, daughters-in-law provide valuable emotional and financial support, enhancing the perceived present value of married sons. We argue that inter-generational transfer data will help ascertain the extent to which economic schemes (such as pension plans for families with no sons) can curtail the increasing sex ratio at birth.
Peer Reviewed Article, Demographic Research, October 2008
India's Energy Security
(edited by Ligia Noronha and Anant Sudarshan)

​This book explores the multifaceted aspects of India’s energy security concerns. Bringing together a set of opinions and analysis from experts and policymakers, it sheds light on the context of India’s energy insecurity and explores its various dimensions, its nature and extent. Contributors examine the role that trade, foreign and security policy should play in enhancing India’s energy security. It is argued that the key challenge for India is to increase economic growth while at the same time keeping energy demands low. This is especially challenging with the transition from biomass to fossil fuels, the growth of motorized private transport, and rising incomes, aspirations and changing lifestyles. The book suggests that at this time there are strong arguments to lessen the fossil fuel path dependence and it argues for a need to engage with all the key sources of this dependence to implement a process of energy change.
Routledge Contemporary South Asia Edition
​Weather Data Mining Using Independent Component Analysis
(with Jayanta Basak, Deepak Trivedi and M.S Santhanam)
​
​In this article, we apply the independent component analysis technique for mining spatio-temporal data. The technique has been applied to mine for patterns in weather data using the North Atlantic Oscillation (NAO) as a specific example. We find that the strongest independent components match the observed synoptic weather patterns corresponding to the NAO. We also validate our results by matching the independent component activities with the NAO index.
Peer Reviewed Article, Journal of Machine Learning Research, 2004